PIP is to help towards some of the extra costs arising from a health condition or disability. It is based on how a person’s condition affects them, not the condition they have.

DLA will remain for children up to the age of 16. Once PIP has been introduced, the Department for Work and Pensions (DWP) will contact them as they approach 16 to explain what will happen

In the same way as DLA, claimants can receive PIP whether they are in or out of work. The benefit is not means tested or taxed. 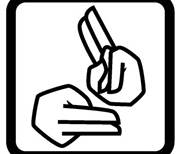 From 8 April 2013, DWP will start taking new claims to PIP from people living in the North West and North East of England who are aged 16 to 64.

DWP will start to invite existing DLA claimants who were aged between 16 and 64 on 8 April 2013, or reach age 16 after that date, to claim PIP from October 2013 onwards with the peak period of reassessment beginning in October 2015.

DWP will contact claimants individually and in plenty of time to explain what action they need to take and by when if they want to claim PIP.

Claims to PIP are started over the phone by calling the PIP new claims number:

Once the claim has been registered, DWP will send the claimant a ‘How your disability affects you’ form for completion. Examples of the forms can be found below.

Claim form – How your disability affects you

How your disability affects you – Information Booklet

In exceptional circumstances, where claimant is unable to deal with DWP by phone, or needs extra help, they can request a paper version of the initial claim form. This captures the same basic information that DWP take over the phone. The forms will be personalised to the individual who requested them, and should not be copied or used for other claimants. The forms are included here for information only.